Starting now, you have one week to script, animate, edit, and upload a film. Any entries not received by August 4th 12:00 AM GMT (Greenwich Mean Time) will be disqualified.

Theme
The theme for BRAWL 2013 is Outlook. This can be interpreted a number of ways -- it can be integrated into the story of your film, or in your approach to creating the film. We encourage taking creative license in your interpretation of the theme.

1. the view or prospect from a particular place.
2. mental attitude or view; point of view: one's outlook on life.
3. prospect of the future: the political outlook.

LETTER MOD
This year's letter mod will be the letter S.  The rules are as follows:
1. The S does not necessarily have to take the form of an upright S, so it can be flipped, or rotated any number   of degrees. It can be upper or lower case.
2. The allowed variants are the numbers “2” and “5”
3. For clarification, these are the only allowed letter mods, and no other letters or numbers will be accepted.

COLOR MOD
This year's color mod will be a RED] LEGO piece connected to a GREY] LEGO piece. The regulations are as follows:
1. The RED and GREY pieces must be LEGO or a similar make and must be touching, if not connected.
2. Any pieces may be used (including minifigures), so long as they are the correct colors
[dark/light red is acceptable as a variant for red, same goes for grey].

MOD APPLICATION
• At least one of the mod elements must appear in every shot of your entry.
• As you can see, there are two mod elements, so you can use them interchangeably in your frames, but one or the other must be present.
• Thus, you must utilize one of the following three combinations of mod elements in each shot of your entry:
A. Only the color mod.
B. Only the letter mod.
C. Both the color and letter mod.
• In title screens or opening/closing credits, the mod elements do not have to be present, unless pictures or videos are included.

It is not original to make a film about how the element changes from scene to scene and appears in every shot. The element is not intended to be the focus for the film, just a way to ensure entries are made within the 7-day time period.

“Shot” defined:  Shots are the shorter elements that make up a scene. If a minifig walks in front of the camera for a few seconds and the mod element is behind his leg that is okay. Each time you move the camera it’s a new shot. As long as the mod element is visible in the shot for at least enough time to be seen before the camera moves your project will not be disqualified.

Submission
Please send all entries to [email protected] with the title of [“Your name” BRAWL 2013 Entry] by August 4th at 12:00 AM GMT (Greenwich Mean Time) with a link to your video. Any entries sent after this time will be disqualified

You are welcome to make your films public AFTER the deadline, but before then keep your video private. We don’t want anyone stealing your ideas!

General Rules
• Entries must be animated and must be primarily composed of stop motion animation. 3D, Flash, or other animation techniques may be used to supplement the stop-motion but may not be the main focus.?
• The film should contain LEGO or similar 'brick' construction toys, such as MEGA Bloks.
• There must be at least 30 seconds of animation in the entry.  There is no maximum length.
• Joint entries are allowed, but please specify this when submitting.
• You may make up the three entries.
• You may NOT make your films public until after the deadline.
• Entries may not contain adult language, racist content, graphic violence (blood and/or gore) or sexual themes.
• While copyrighted/trademarked properties are allowed, you are discouraged from basing your movie off of preexisting films or franchises (Star Wars, Indiana Jones, etc.). It's not original, and will hurt your chances in the judging process. Copyrighted music may be used, but if you so choose, you are permitted to have created original music beforehand.  Music does not have to be created within the one week time limit.
• Copying other brickfilms will also hurt you in judging, just think of an original idea and you’ll be fine.
• Time travel is not allowed, the point of BRAWL is that you only have one week to make a film.

The judges will rate how well they thought you did in each individual category. Each category will then be averaged among the three judges. After that, all of your average category scores will be added together to give you an x/100 score. For example:

My Chest Studios: A BRAWL DURING BRAWL (If I actually see a single film titled this…)

Again, your judges are Hazzat, Just Kidden, and Squash.

Updates, Support, & Other
If you have any questions, there are several places you can reach me.
1. This thread (may take time for a response)
2. The BiM Mibbit Chat Room
3. Skype

Any major updates will be posted here.

Great theme, it will be interesting to see what comes out of it.  I shan't be entering, due to Contrast, but good luck to those who do! Excellence! Just need to sleep for 8 hours then start progress!

My Outlook on this is good.

Would a film director talk to his assistant about his film and the point of view switches to the movie, would that work?

Would a film director talking to his assistant about his film and the point of view switches to the movie?

Wow, guys, I took a shower and got a great idea.

I'm going to call my film "Odoriferous" and it's going to be great.

Good luck, everyone! I look forward to watching all the entries!

I feel tempted to enter...

I'm working on the script... Good luck everybody!

• Time travel is not allowed, the point of BRAWL is that you only have one week to make a film. 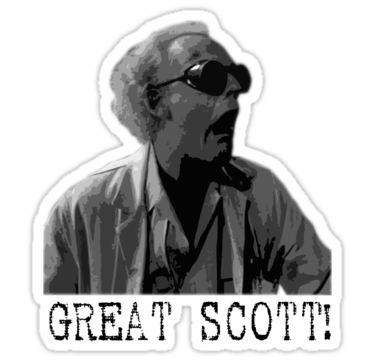