Create a 30-second film and be included on the first Bricks in Motion DVD/Blu-ray film collection.

We are currently in pre-production for a feature-length documentary about brickfilmers that will include appearances from Dylan Woodley (NXTManiac), Chris Boyer (SlothPaladin), James Morr (Spastikchuwawa), Brotherhood Workshop, Jay Silver, and more. The film will be directed by Philip Heinrich (Sméagol on BiM) and produced by Nathan Wells, Doug Vandegrift, Zach Macias, and others.

In order to raise production funds for the documentary, we will be producing a new Bricks in Motion DVD featuring a variety of classic films, with new director commentaries, as well as new films! The DVD will be available for pre-order in September.

As part of this DVD, we want to highlight YOUR work. Every qualifying entry to this contest will be included on the DVD as part of a 'Celebration animation contest' showcase.

The theme of this contest is 'Celebration.'

The documentary we are making is a celebration of this hobby and the people involved in it. You may interpret the theme however you like. People who surprise us with entertaining, outside-the-box interpretations will be rewarded in the judging process.

All entries must be fully submitted by noon, UTC time, on Saturday, September 6.

Please note that for much of the world, this will be early in the morning. It is advisable to submit as far in advance as you can, in order to leave time for any troubleshooting with your submission.

Entries may be submitted at any time before the deadline, though they cannot be publicly shared until after the deadline has passed.

To submit your film,  send a link to your entry to our BiM Celebration forum account by private message and email the release form to [email protected]

Our preferred method of submission is unlisted YouTube links. If you do not have a YouTube account, we also accept password-protected Vimeo uploads and downloadable links.

Please email a copy of your release form to [email protected] when you submit your film.

The Blue Snowball is a high quality and versatile microphone, suitable for voiceover work, sound effects recording, or even recording instruments for music. Its built-in USB-ready capability makes it an excellent choice for brickfilmers because the built in processing means that it will produce high quality recordings regardless of the specifications of your computer's sound card. The Snowball works on both Mac and PC. 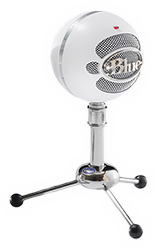 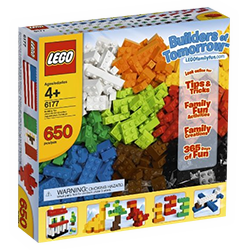 A three-in-one model that includes a treehouse as well as two alternate house designs, this set has a variety of useful pieces in addition to serving as a set which would be at home in many brickfilming projects. 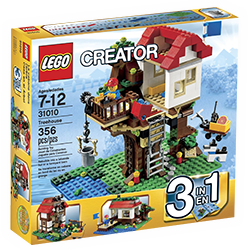 In addition to these prizes, all contest entrants' entries (barring disqualification due to rule violations) will be included on the Bricks In Motion Collection DVD. This DVD will be made available for pre-order next month as part of a funding campaign for the upcoming Bricks In Motion documentary. Due to costs, entrants will not receive a copy of the DVD unless they pre-order, but having your film on the DVD will allow it to be seen by a new, larger audience. We intend to make DVD pre-orders available at a reasonable cost.

Entries will be judged on criteria including originality, production values (animation, set design, cinematography, sound, etc.), and story. We encourage creative approaches to the theme. Surprise us! But like in a good way, though.

Q: Can I make and submit more than one entry?
A: Because all qualifying entries will be included on the BiM collection DVD, we must limit entry to one film per person.

Q: When can we share our entries publicly?
A: You may share your entries publicly after the contest deadline has passed. Please refrain beforehand, because among other reasons we would like to avoid any question of people ripping off each others' ideas.

Q: How much will the DVD cost to pre-order?
A: We intend to offer a variety of options for the documentary crowdfunding campaign. The lowest priced tier to include the DVD will be at $25, and include other rewards as well for that price including a copy of the documentary and special thanks in the credits. For more information, visit this thread.

Q: Will the DVD be available after the pre-order period?
A: No, due to limited resources and the ongoing labor costs and time investment involved with making DVD available indefinitely. It is being created as an exclusive to raise funds for the Bricks In Motion documentary.

Q: When will pre-orders be available?
A: We intend to launch pre-orders via the documentary crowdfunding campaign on Saturday, September 6.

Q: Can entries be less than 30 seconds?
A: To avoid entries becoming exceedingly short, no. Entries should be 30 seconds in length. Using titles and/or credits to achieve this is a perfectly acceptable method.

If you have questions about the contest, feel free to post them in this thread! We look forward to seeing your entries. 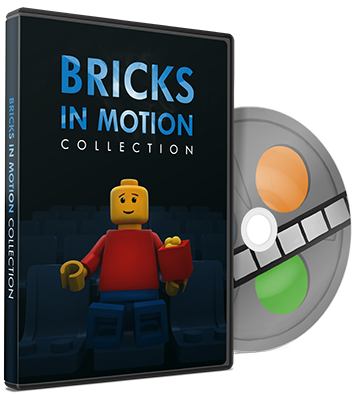 TOTALLY IN!! This is awesome.

The guy who got banned more times than DiCaprio said "f***" in The Wolf Of Wall Street.

Time to take advantage of my films' tendency to be short!

The DVD is an awesome idea! I hope to enter.

I might just try this thing out!  I want to get that Builders of tomorrow set!

The DVD is such a great idea to help promote the brickfilming community as well as help new coming brickfilmers. The prizes are also really great! Especially that snowball

Definitely going to try and enter this. I have a week until college hits, so forget the secret project, I'm animating for this.
Glad to here about the documentary as well, it seems like a fantastic way to get more exposure and interest in the hobby.

Woohoo, I'm definitely going to scrape something together!

This is really cool that the documentary is being made, I can't wait to watch it.

Can we submit more then one film?

Can we submit more then one film?

No, so focus on making your entry the best it can be! This rule is necessary because we need to make sure we have enough space on the DVD for all of the entries.

So doing this. A great opportunity for everyone here.

This sounds epic! I'm for sure going to make an effort to make something.

My printer is broken and I don't hava a scanner. Can I just like fill it out with a drawing tablet?

My printer is broken and I don't hava a scanner. Can I just like fill it out with a drawing tablet?

Yes, as long as it has all the proper signatures that's fine.

I already have an idea...I guess that means I should enter...

Due to costs, entrants will not receive a copy of the DVD unless they pre-order

Would it possible for a digital edition of this to be available for purchase so we're not entirely doomed if we miss the deadline?

It's possible we might produce more of the DVD in the future or publish some of its material in another form, but the main drive for producing the DVD right now is to have it as a exclusive for the documentary's crowdfunding campaign. I can't make any promises beyond that, especially considering the release forms we've been collecting for films outside this contest limit us to producing this DVD.

The DVD pre-order will be available for 30 days, starting in September.

I shall enter. Brickfilming comeback.

I'm SO in! Best of luck to everyone! BTW, can we start? I didn't notice anywhere if it said that.