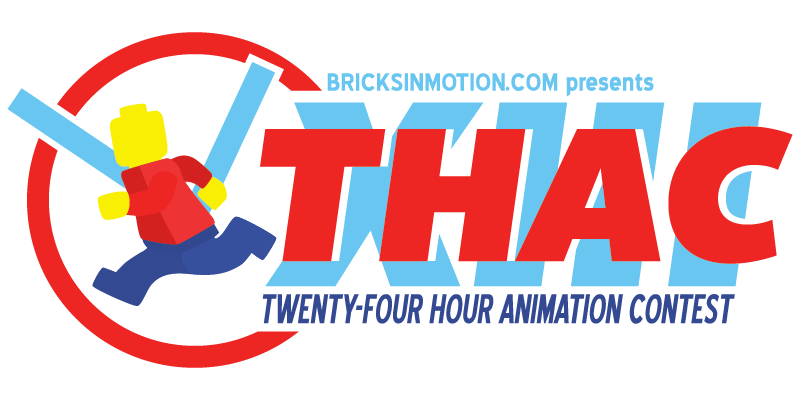 Welcome one and all to the thirteenth Twenty-four Hour Animation Contest! (Or THAC for short.) My apologies for the delay in getting this official announcement out - Philip and I have been very busy working on the final cut of the Bricks in Motion Documentary.

THAC is a brickfilming contest that lasts for exactly 24 hours. All brainstorming, writing, recording, animating, editing and submitting must be done within the time limit. It's a challenge, it's frantic, and it's a lot of fun!

Everyone who has been a member of BricksInMotion.com for at least 1 week before the official start of THAC XIII (January 2, 2016) may enter. Judges may participate but are disqualified from being ranked and from receiving prizes. Joint productions are allowed, but it is up to you to divide up the prizes if you win anything.

To prevent cheating, the contest theme will only be announced when the contest begins. You can brainstorm ideas beforehand but there is no guarantee your brainstorming will match the theme. In addition, "mod elements" must be present in every shot of your film. These mod elements will also be announced when the contest begins. The first mod element is a color mod. This will be a combination of two random brick colors connected together or touching (for example, a white brick connected to a grey brick). The second mod element is a letter mod. This could be any of the 26 letters of the modern English alphabet. You may use the uppercase or lowercase version of the letter, but the letter must be recognizable as that letter.

This year, like earlier years, we will be offering a prize pool of three prizes. This means that 1st place gets to choose which of the three prizes they want, 2nd place chooses from the remaining two and 3rd place gets whichever one is left over!

Big thanks to our sponsor Brickstuff for providing a portion of the prizes! 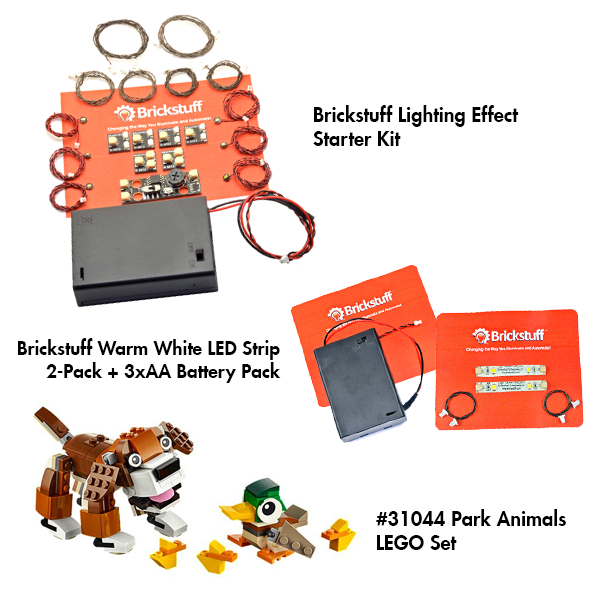 Smeagol and I were very pleased with the outcome of THAC XII and we feel we've almost completely polished the general THAC rules. THAC XIII's rules are nearly identical to THAC XII's, with the addition of a clarification to the color mod element.

This year, the color mod element will be spelled out specifically, listing the exact LEGO colors that are allowed. For instance, if one of the mod colors is "red," every acceptable LEGO color that is related to red will be listed, along with a link to the Bricklink color database, and a picture of a LEGO piece in that particular color. For red, three colors would be listed: Red, Dark Red, and Trans-Red.

This new rule has been implemented to eliminate confusion on what shades of colors would be allowed. Hopefully, this will reduce or eliminate questions of "Is pink a shade of red?" and so on.

Also, even though this year THAC has a sponsor (the wonderful Brickstuff!), no entry is required to have any sponsor or contest logos. However, if you'd like to include the THACXIII logo, you can download it here.

Thank you so much for specifying usable colors.

I'm excited. This will be my first THAC. Also, how do you pronounce THAC?

My new video: "Path of the ninja"

Woah, that new logo is epic! I can't wait for THAC to begin.

Also, I am really glad you added the officially supported color variations, instead of having people ask it over and over again. Great move!

That's extremely likely, for the record.

Only one thing to say...

I love this thread.

I'll defiantly try to enter if nothing comes up, but due to where I am and my internet connection it will probably be a Twelve-Hour-Animation-Contest for me.:/

I am totally entering this contest! It will be my first THAC.

I don't know if I missed something, but how do you submit your film to the contest?

I am totally entering this contest! It will be my first THAC.

I don't know if I missed something, but how do you submit your film to the contest?

When the THAC topic is posted on January 2nd, it will include an email address for people to submit to (videos will need to be hosted on the internet, not sent as an attachment).

@rioforce what do you mean by hosted on the internet?

Ah well, good luck to everyone who can enter. Hopefully one year I'll be able to take part, but this time I'll settle for following everyone's progress as best I can.

@rioforce what do you mean by hosted on the internet?

Excited to see what people come up with this year!

Woah, that new logo is epic!

I agree. It's basically the whole reason I came to this thread.

The timing on this is good, too. If I feel so inclined as to make an entry, I'll have access to all my brickfilming stuff.

"[It] was the theme song for the movie 2010 first contact." ~ A YouTuber on Also Sprach Zarathustra
CGI LEGO! Updated occasionally...

Woah, that new logo is epic!

I agree. It's basically the whole reason I came to this thread.

The timing on this is good, too. If I feel so inclined as to make an entry, I'll have access to all my brickfilming stuff.

Sweet logo design, I'm hyped for this. I'm happy with the new changes as I'm sure everyone else is. Hopefully we get a good turnout!

Time to break my laziness.