Summer Contest: Past and Future (Page 1 of 4)

Topic: Summer Contest: Past and Future 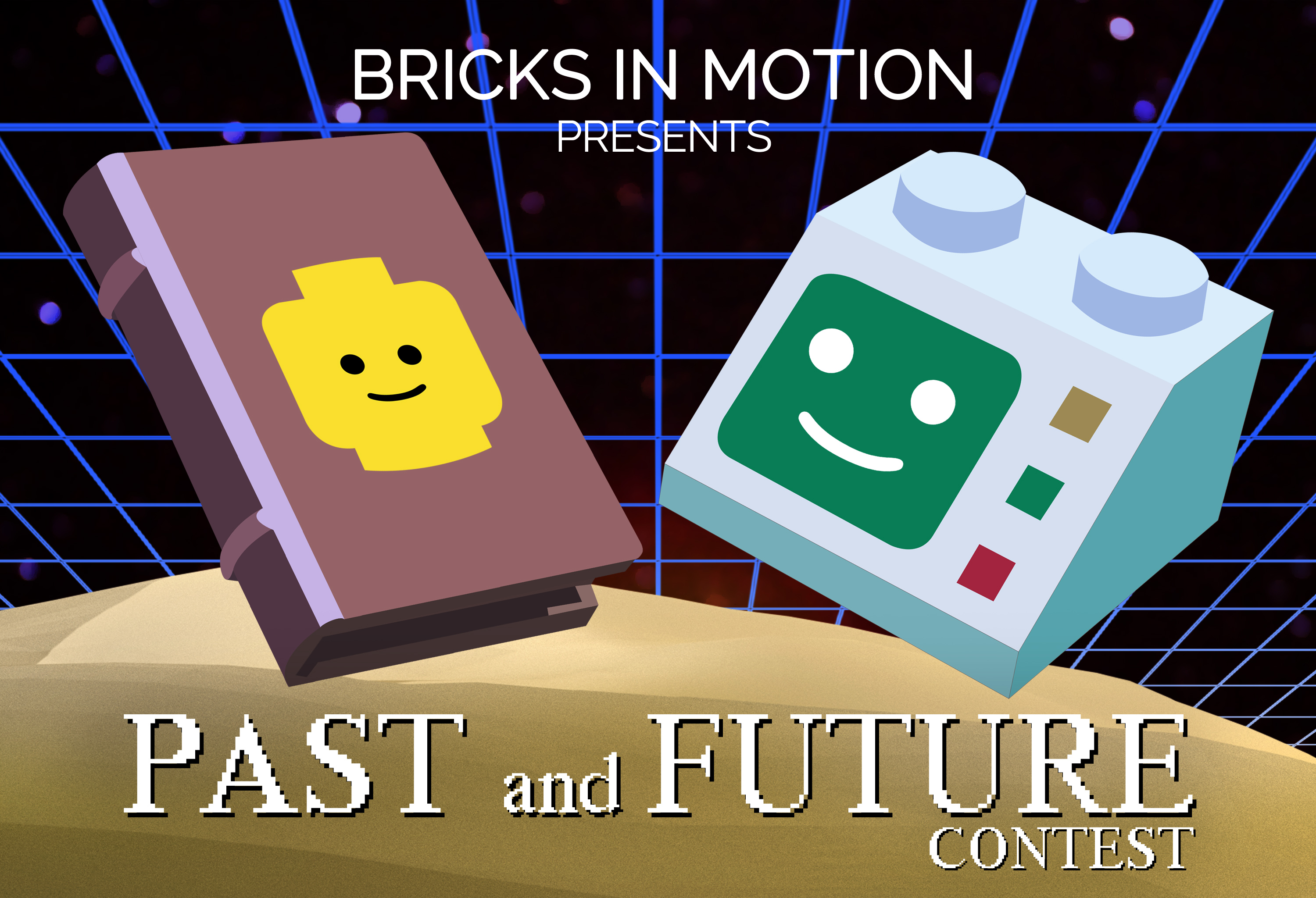 Welcome to the 2019 edition of the Bricks in Motion Summer Contest! This year's theme is Past and Future.

The contest will run from NOW (July 8, 2019) through September 2. More details on the exact ending time below. Keep reading for the full rules and information, and let's get this summer contest started!

This year's theme is more concept based, versus previous themes being technically based (Darkness & Light, Movie Magic, etc.). So what does Past and Future mean?

Well, that's up to you! Obviously the terms past and future imply a time which is not the present. And I want you to take full advantage of that. The past had many great tales and legends that we still tell today, or heroes or dragons, ancient peoples and civilizations, worlds unknown to us today. It may even contain some stories never told... who knows what happened in the past if it's not written down! And the future is full of endless possibilities as well! Who knows what mankind will create tomorrow... or alienkind, for that matter.

So the goal here is to create a world that differs from the one we live in. Something imaginative, something unique. It can be based in reality, or totally made up. The past isn't restricted to earth, nor does it the past ever stop. You read the last sentence in the past, and you'll read the next one in the future (I hope).

You may even want to employ some old-timey filmmaking techniques... or invent your own! All this fits within the theme. Be creative and show us your best work.

Prizes for this year's competition are generously provided by our sponsors: Dragonframe, Brickstuff, and Minifigs.me!

Dragonframe is the premium stop motion animation software that captured Laika's ParaNorman, The Boxtrolls and Disney's Frankenweenie. This software is easy enough for a beginner to learn, but offers a wealth of advanced features sure to meet the needs of any stop motion animator. Software and controller included. For Mac OSX and Windows. 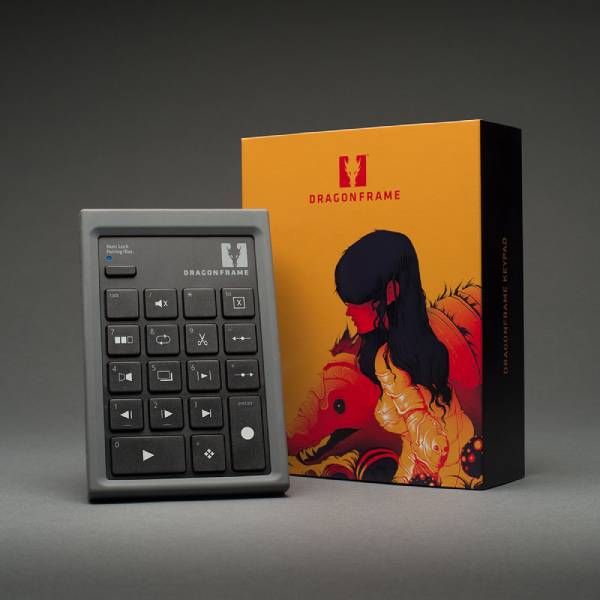 This versatile kit includes eight Brickstuff Pico LED light boards, perfect for fitting into small spaces. Based in Minnesota, Brickstuff custom manufactures a full line of lighting and automation products for LEGO builders. Brickstuff lights are the smallest commercially available lights for LEGO bricks, so you can put them right inside your bricks, and the wires are thin enough that  you can snap your bricks, plates, and tiles right on top of the wires-- no need to modify your bricks or builds!  Best of all, you don’t need to know electronics to use this system—everything fits together (just like LEGO bricks!), and you can start small and add lights and effects as your collection of creations and MOCs grows. The lights are perfect for use in brickfilms to create just the mood or effect you need. 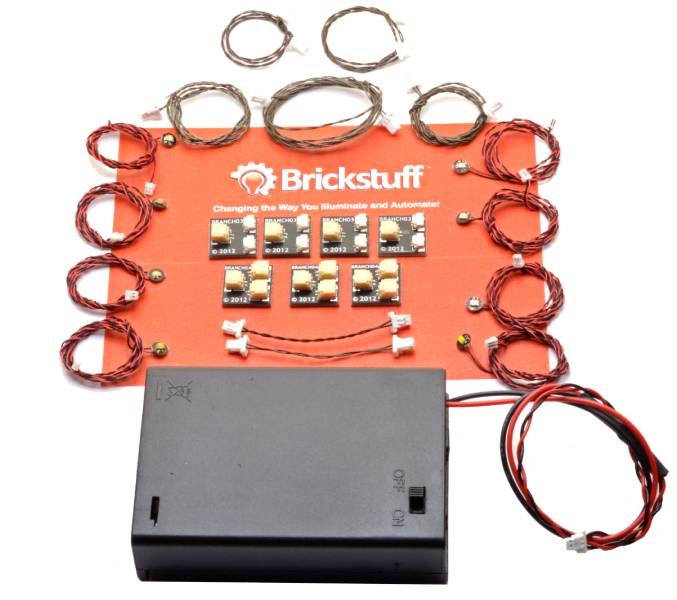 Minifig.me has created minifig heads with animators in mind! With Minifigs.me's phonetic custom printed heads, you can now animate lip syncing in camera! By swapping these heads during filming, the time taken in post-processing is dramatically reduced.  The end result is a more pure film, where it's apparent the animator went the extra mile. 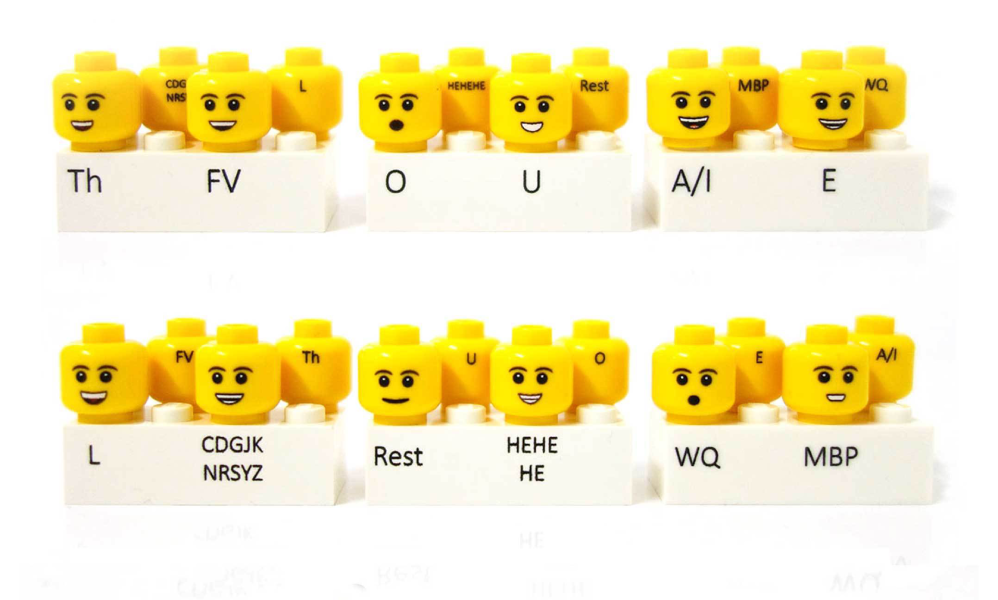 Entries will be judged on criteria including originality, production values (animation, set design, cinematography, sound, etc.), story, and creative interpretation of the theme by the 3 judges. Rather than judging on categories individually, judges will examine how all these elements work together to create a complete film. Films will be discussed and ranked collectively by the judges until a consensus is reached. The top 3 films will eligible for the prize pool. Entries below 10th place will not be publicly ranked.

Benjamin Ely
Aka, rioforce is the administrator of Bricks in Motion and brickfilmer himself. He has ranked up a number of awards in Bricks in Motion contests, such as 2015's summer contest Sight & Sound with Sola Luna, and THAC XIII with MECH.

Seán Willis
Aka, Penta is the former administrator of Bricks in Motion and longtime brickfilmer and community member. He manages the Brickfilms Wiki and is a co-host on World of Brickfilms Podcast.

The deadline for submissions will be Monday, September 2nd 2019 at 11:59 pm EDT.
Films may be submitted as early as the beginning of July 8th 2019, though they cannot be made public until after the deadline has passed.

To submit your film, send a link to your entry to our BiM Contest forum account by private message.

Q: May we ask contest judges to voice act for our entries?
A: Yes.

Q: Should entries focus on a particular genre?
A: Your film can fall into any story genre you like.

Q: Can we collaborate with others to create an entry?
A: Yes! Collaboration is encouraged. However, we won't be able to divide up the prizes evenly for you, so you'll have to determine who receives the prizes in the case of a win. Entries may be submitted on the basis of one entry per director, so you can help with someone else's entry and still enter a film you've directed.

Q: May we post trailers, images, or other work-in-progress elements of our film publicly on the forum?
A: This is encouraged! Feel free to post about the progress on your film in the forums. You can even make a thread devoted to your progress on a film if you like.

Q: Can we use some non-LEGO elements in building our sets and characters?
A: Yes. The intention of the rule is to put the focus of films made for the competition on LEGO animation. Just remember that the name of the game here is creativity, so if you think you can achieve your shots using LEGO, you might be better off doing that.

Q: Are we allowed to release alternate versions of our films at the same time as the version submitted to the contest? (for instance, a version with profanity or other restricted content)
A: In order to maintain the integrity of the judging process, please only release the version you are submitting to the contest publicly at the time the deadline passes. Entrants who violate this rule may be disqualified. If you want to re-release a revised version of your film, you may do so after contest judging is completed and results have been announced.

Q: Are we required to include any "mod elements" like BiM's THAC contest?
A: No. Those are used in THAC to ensure films are created in the 24-hour period. You have three months this time. Even if you did submit a film you began working on before this competition was announced, that would be fine as long as you haven't released it anywhere before this contest, and it fits the theme of this contest.

Q: How fast and loose should I play with the content restriction rules?
A: Ultimately, we want winning entries that won't earn us angry emails from parents, or concern from contest sponsors (present and future) if they win and are celebrated throughout Bricksinmotion.com and our social media postings. This community has members of a diverse variety of ages and backgrounds in it, so for a competition we want to be respectful of that. These rules are undoubtedly going to be limitations for some filmmakers, but we believe it's still possible to make compelling, even dramatic stories within these limitations. Potentially, one could approach them as creative limitations that empower the filmmaker to find more original, inventive ways of conveying ideas in a story.

Q: When can we share our films publicly?
A: As soon as the contest deadline passes; here's a countdown clock.

Q: Is this a sci-fi movie contest?
A: NO! Don't let our contest logo influence your artistic vision. Your film can be in whatever style you like, whatever era, whatever genre... it's all up to you!

If you have further questions, feel free to reply in this thread.

Woohoo! It exists. The myth has become fact. Time to get brainstorming....

Great to see a new spin on the summer contest! I'm sure we are to get some intriguing entries.
Grand sponsors this year as well.

Past & Future, seems to sum up my brickfilming procrastination.

Woo hoo! Really looking forward to this one, and am glad to see a more concept-based theme this time around.

Love the logo, who knows I may do a summer contest entry for once.

Yeees! I can't wait to start!

There is not a limit to how long your movie can be, although, if you make a shorter movie with more quality it will have a better chance of winning rather than a long, long movie with poor quality.

PlasticPoint is right, you can make the brickfilm as long as you want!

There is not a limit to how long your movie can be, although, if you make a shorter movie with more quality it will have a better chance of winning rather than a long, long movie with poor quality.

Thanks but the story is the most important part, if you make a short clip it won't have much story and i've got a great story.

I want to know, how many people are going to do a brickfilm involving a time machine? Bet its a lot.

Would it count if I did something that was technically set in modern times, but the characters travel to different times/worlds?